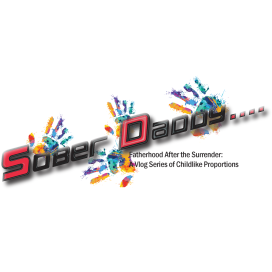 Fatherhood… what a curse. A curse of awesomeness is more like it. In that case, fatherhood would be more of a blessing. I didn’t always think fatherhood was something as a gift, but, over time, I developed a new perspective about life, which includes friendship, family, and, as I point out, fatherhood. This all seems to revolve around relationships, positive ones. One of my many favorite relationships today is with my four-year-old son, Bryce. Let me explain.

It was not that I didn’t want to be a great father. One point in my life I lived in a cesspool of self-pity and fear that afforded me a factory where I was able to develop my own misery. This was before Bryce was born and I only had two daughters that I chose drugs and alcohol over. For those that are not aware, I battled drug/alcohol addiction that nearly took me to prison, or, depending who you ask, was leading to my death. I personally feel it was the latter that was eventually bound to happen. Somehow in this familiar timeline to many, I decided enough was enough and I put down my pride and asked for help. This fabricated cloak of depression and lack of motivation nearly destroyed me and my family, and it was time for it to end. The first hand I reached for was a God I, at one time, or another did not think existed, abandoned me, or was downright cruel. From that moment in August of 2012, the God I understand was on the move in my life, exposing the absolute joys of life that are experiences that have become part of my reality today. My beautiful, funny, or sometimes cranky son, Bryce, is one of those joys.

Bryce has many names – buddy, bro, homeboy, homie, etc. His short, blonde hair rests comfortably atop his head; he is pretty particular about how it is combed. He is missing one front tooth and is always smiling and laughing. His favorite color is teal. You wouldn’t think so, but at four-years-old, he likes to play pranks on his brother, sisters, mom, and me. Life can get busy and distracting. Regardless of what name I call him, I can sometimes miss out on some of these most memorable moments. There are five syllables he said one day that changed me. It changed me to the point where I put more effort into learning from my four children. Some of us develop the idea that we, as parents, are the gatekeepers, decision makers, and providers that offer our children the knowledge and skills they will need for a prosperous life as they grow and transition over the years. Yet, sometimes unbeknown to us, children will teach us valuable moments of innocence and love that we could have never imagined, and we become the students, and they become the teachers.

In the busiest of times, something can catch our attention and not expecting what he said on this particular day is why I think this is such a significant moment in my life as a father. I feel that sometimes we get so busy with life that our children become second, third, or even fourth on the list of importance.

I held the clipboard in my hand, checking off the things completed for the not-for-profit I work with, Amare, NFP. The television provided noise and distraction for Bryce as I raced through thoughts of growing Amare. Some silly joke and canned laughter from the cartoon on the tv made Bryce giggle. I looked down at him as he laid on his back on the edge of the bed and had his legs crossed. I quickly retreated back to my clipboard and list. Out of nowhere, I hear Bryce say, “Daddy?”

I looked back down at him on the bed and replied, “Yeah, buddy?”

He looked up at me, legs crossed and all, and said, “Daddy, I love you.” Five simple syllables. Ten seconds of conversation. He turned back toward the television and giggled some more at the cartoon. Tears filled my eyes. I gulped with joy and astonishment. Reflection of distant times rushed back, and I knew I had everything to be grateful for that day.

I am not sure what drove him tell me those heart-melting five syllables, except that he is simply full of innocence, laughter, and love. He taught me to slow down and enjoy what is around me even though some days I don’t do that when I should. “Daddy, I love you” snapped some auto-pilot trance I was in. I sat next to Bryce on the edge of the bed, quickly rubbed his bright blonde hair, and told him I loved him too and thanked him for reminding me what’s important. Of course, he just laughed and said I was silly.

Five Syllables That Changed Everything